The India Japan Initiative is an organization that aims at building enduring associations between the peoples, governments, businesses and cultures of India and Japan. As a non-profit organization, IJI will strives to create and nurture stronger ties between India and Japan through exchanges of views, interests and learnings at various levels.

While there are efforts being made by industry bodies, government and diplomatic channels to address these issues, IJI believes a deeper appreciation of each other’s history, culture and current affairs is imperative to carry the relationship forward into the area of economic and geo-political closeness. The process must be all–encompassing, providing an enabling environment for the people of the two countries to interact closely, leading to higher levels of comfort.

Under the guidance of the Charter Members, whose expertise, interest and desire to build lasting relationships with the Japanese will be a valuable contribution to the relations that IJI aims to strengthen, IJI undertakes multi-dimensional activities at four basic levels to achieve its goals: People-to-People; Culture-to-Culture and Business-to-Business.

Torque Communications is the operational arm of IJI. Over the past seven years, we have worked across Delhi, Mumbai and Bangalore, putting together experiences which share culture. We have reached out to schools and women’s associations, old age homes and colleges to create enchanting moments of cultural appreciation. Japanese women in India have learnt to dance to Bollywood beats, stretch to yoga and create delicious Indian dishes. Indian girls and women have learnt about the Japanese tea ceremony and the art of Origami and wearing the Kimono.

KILLER IN THE KITCHEN 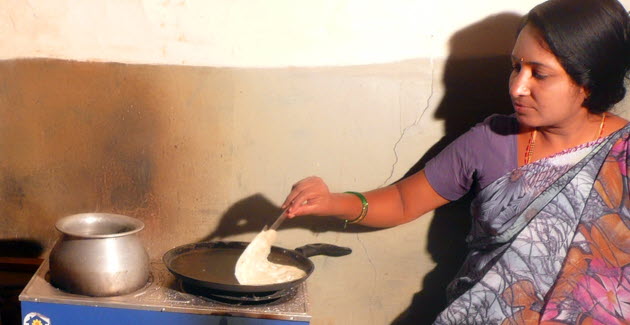 The Campaign has been developed to run on three levels: Local, National and Global. On the Local level, it promotes Improved Cook Stoves (ICS) to IAP-affected households in Karnataka. At the state level, it works with government authorities to support grass root efforts. On the National level the campaign aims to lobby with key health and environment opinion-leaders with the aim of pushing IAP up the agenda, in turn leading to a measurable increase in resources – both financial and other – applied to tackling IAP from the Indian government. 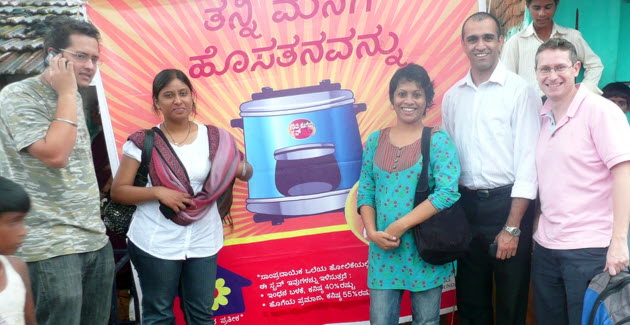 The Chief Minister of Karnataka enthusisatically endorsed the campaign, which was the key factor to the campaign’s success. Activities in Shimoga include van campaigns, touring every village and town with a population of 2000 upwards (110 in total) and conducting extensive awareness-raising activities, focused around demonstrating ICS. Shell Foundation has also joined hands with health workers and Anganwadi workers to spread awareness about the dangers of IAP. 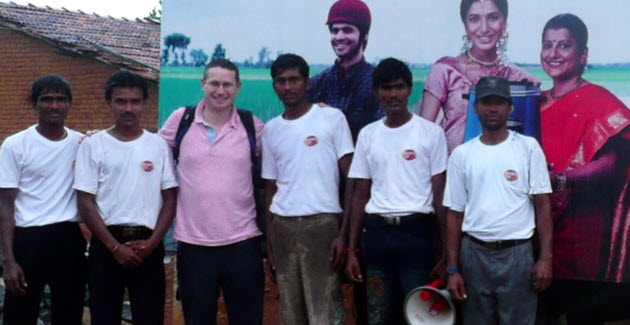 Torque Communications has been an enabling partner that has engaged the government and media at various levels to create a matrix of support. Working with taluk, district and state level authorities, Torque has mobilized almost one hundred workers in each Taluk to support the IAP campaign and promote the usage of improved cook stoves.

Just the other day, Indians waited months for a car to be delivered. There were just three car makers and the fastest car on the road used to be the smallest family car. Over almost a decade, the iconic Maruti, a Suzuki offspring, had stayed the country’s basic self-owned ride. And then, one day it all changed. Not only did global car makers come to India in a rush, in a very short while, India put out its own cars, designed by Indian makers. It was the decade of exuberance. A country that could not make enough cars to meet its requirements had in four short years transformed into a global giant that went looking to acquire marquee brands in automobiles. As the billion odd population decided to get rolling on a two wheeler and then a four wheeler, the dynamics of Indian roads changed.

The automobile industry in India is the ninth largest in the world with an annual production of over 2.3 million units in 2008. In 2009, India emerged as Asia’s fourth largest exporter of automobiles, behind Japan, South Korea and Thailand.

Along the way was many a fascinating story of global brands that came and tasted dust and others that came and roared to leadership. In a little over a decade, the roads that had seen just three home grown brands, were now host to the world’s leading car brands. Automobiles are a good proof of the inexhaustible Indian appetite. With more coming in. Each year, tens of models hit the roads and get swallowed up by the market with merely a faint burp.

Torque’s leadership team has been there over the past decade and a half, telling a story that has had many twists as a good Hitchcock thriller. From Toyota to Yamaha, from Honda to Escorts, we have driven down many a thrilling expressway to customer delight.

The story keeps changing, the customer gets pickier and there is the joy of telling great stories about beauties with beasts under their bonnet.

It was said once that the two things that kept India working was the steel rails of Railways and the Steel Frame of Indian Government. Today, the story of Indian economic growth lies firmly on the shoulders of logistic firms, be they global express courier services or supply chain firms or large shipping operations. As the economy grows at a breath taking pace, the key concern always was ‘infrastructure’. Atypical to most economies, India moved forward despite infrastructure having to catch up. And the success of movement was driven by global and Indian logistic firms that looked at the advantages of doing business in India, founds ways to do business in India and changed the way in which India did business. Over the years, Torque has been associated with many a success story in logistics, most notably the FedEx India story.

Logistics at its delivery end is a function of efficient processes, great organizations and excellence in service cultures. However, on a larger scale, it is the best possible indicator of the health of the economy as it stands today. Much before the stock market reacts or the signs of change hit employment, the volume of goods being transported give a ready picture of the economy speeding up or slowing down. 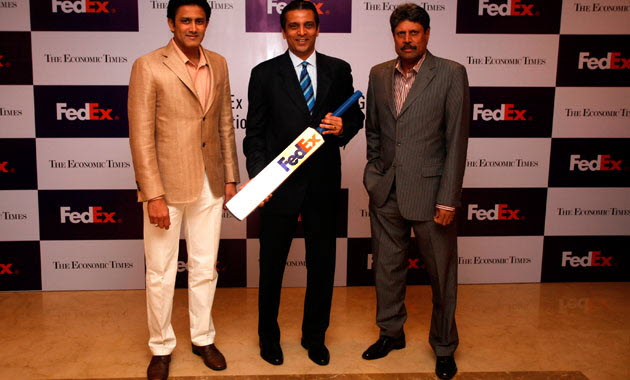 And that is the story that Torque partners where companies in logistics are more than an organization that moves goods, provides great services and delivers on time. To us, it is the story of a new India where the volume and rapidity of movement between hubs in India and around the world reflect the essential vibrancy of the economy and tells a great story of India on the move.

A new breed of consumers in India – young, increasingly wealthy and willing to spend on everything from mobile phones to French Fries – has been growing. It is an era of Global Indians and what better than a brand which is known for Glocalisation. Golden arches are a worldwide known symbol and McDonald’s is one of the top 10 brands in the globe as per the recent Interbrand survey. 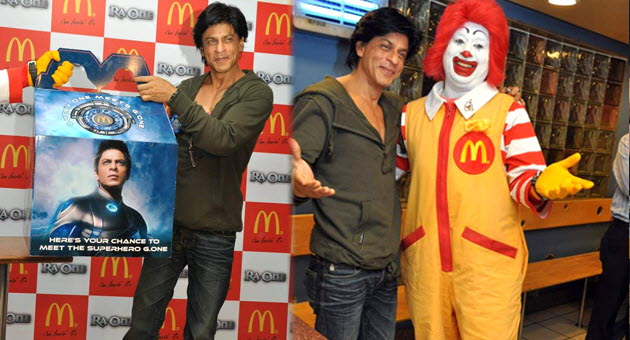 McDonald’s entered India way back in 2006 with its first restaurant and now it has operations in over 40 cities and 200 restaurants. When it entered the country it re-engineered its menu to suit the Indian palate delivering the same international quality. McDonald’s globally extends the promise of QSC&V i.e. quality service in a clean environment at affordable price. Like dollar menu in US in India too it has their value meals and a special category targeted towards kids known as Happy Meals. This has been communicated in every form positioning McDonalds’s as a family restaurant, a place which is comfortable and fun to be at.

At McDonald’s a unique sense of dedication and commitment has translated into enduring benefits to the businesses at the grass root level, in the areas of introduction of new crops, new agricultural practicesand food processing methods and procedures. Torque plays a significant role in leveraging the efforts undertaken by McDonald’s in India by showcasing the backend process to media in form of experience tours. 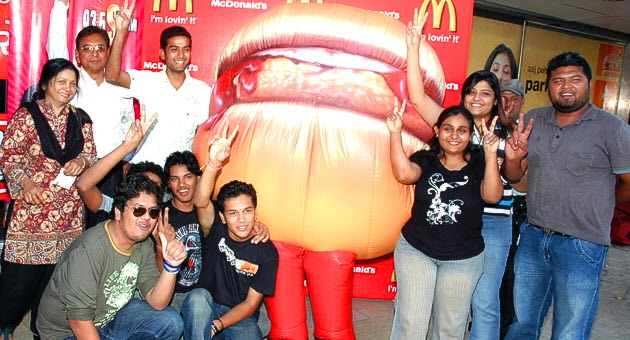 At McDonald’s customer always come first and a continuous engagement with the patrons is an attempt at McDonald’s to be relevant to the customers. Helping them in achieving the same Torque engages. 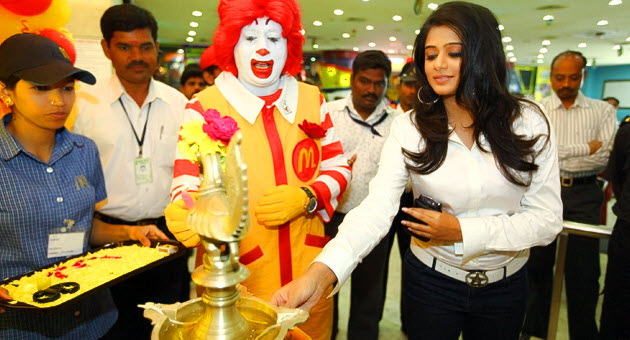 With the stakeholders and opinion makers to make McDonald’s customers first choice. Working at McDonald’s is fun with flexibility and ensures a great future and the same is highlighted through a sustainable communication campaign. Torque is associated with the brand for almost 3 years and has partnered the brand in achieving many milestones such as new city launches, introduction of global menu and formats, working closely with community & NGO for McDonald’s educative initiatives, achieving consumer recognition and connects for Ronald McDonald and constant promotion of the products and campaigns of the brand.